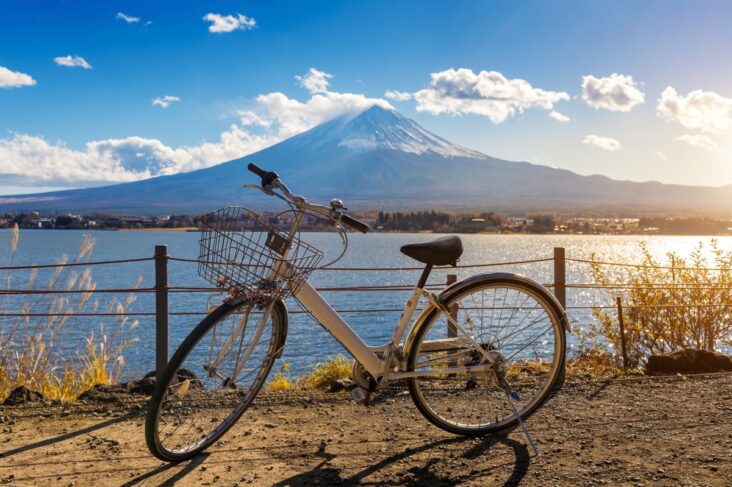 Cycling is so much fun and it is one of the best ways to explore new places. In Japan, cycling is very popular and convenient. It offers cyclists to travel amazing routes and enjoy the magnificent beauty of the country. Just beyond the huge urban city spaces in Japan, there are pathways, parks, dense forests, rough mountains, and excellent coastal regions just waiting to take your breath away.

With its cherry blossoms, bright lights, unique culture and beautiful landscapes; Japan has always been an attractive country for people around the world. That’s why many couples choose Japan as their honeymoon destination. The great news for honeymoon couples is that Japan has some of the best cycling routes for couples to make their time together more enjoyable and unforgettable. If you want to see these scenic places in Japan that the average tourist never has the chance to see, jump on two wheels and ride. In this article, we will share the best cycling routes in Japan. So, here we go:

Yoyogi Park is one of the best destinations to take your cycling to nature. It is located between Shibuya and Harajuku right in the center of Tokyo. Yoyogi is a serene and beautiful wooded park comparable to Central Park in New York. It’s typically family-friendly and can be a great place for honeymoon couples to take a wonderful breath on a bike ride. Children’s bikes, adult bikes, and tandems are among the many bike rental options available to families. Yoyogi Park is a great place to see cherry blossoms in the spring. In the autumn, the leaves turn beautiful shades of gold, yellow, orange, and red.

Widely recognized as one of the world’s best cycling routes, Shimanami Kaido is a 70-kilometer extent of the expressway that links Honshu, Japan’s main island, with Shikoku. As you cycle in this magnificent route, you’ll cross six bridges, traverse the Seto Inland Sea, and pass through six smaller islands. You’ll also appreciate the sights of Seto Inland Sea National Park and the Tatara Bridge, one of the world’s longest of its kind, while you are traveling from Hiroshima Prefecture to Ehime Prefecture.

Thanks to the efforts of the nonprofit organization CycloTourisme Shimanami, many retail shops, guest houses and the like participate in this program of promoting “Cyclotourisme” in the area. All of these establishments provide rest areas where cyclists can feel free to stop and have a break. In addition to air pumps, bicycle stands and benches, they also provide drinking water and toilets for the use of cyclists.

You can find plenty of useful information and maps for the Shimanami Kaido bike route on the websites of the Shimanami Japan and CycloTourisme Shimanami. 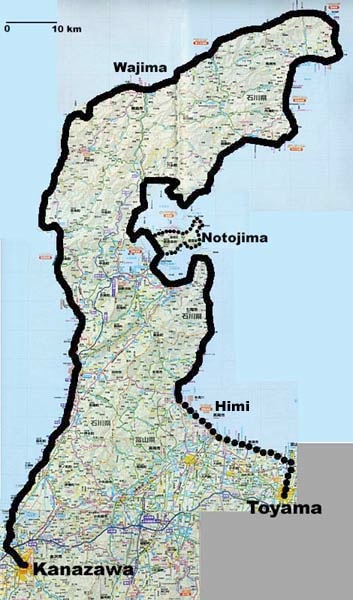 If you take a ride toward this epic cycle route, it will take you around Noto Hanto, one of Japan’s largest peninsulas. This route involves a 400 km (249-mile) path, which starts in Kanazawa City and concludes in Toyama Bay. With breathtaking seascapes and challenging trail, Tour de Noto is excellent in every sense of the word.

This route is often recommended for cyclists who are seriously fit and have hardcore cycling experience. In September, you could be accompanied by thousands of other cyclists competing in the annual Tour De Noto festival.

Okutama is a perfect place to visit for cycling enthusiasts and more adventurous cyclists. Okutama is technically a part of Tokyo. However, it is located so far west of the city center that it appears like a distinctive space altogether.

Strapping some panniers to your bike will allow you to visit one of the several campgrounds encompassed by magnificent nature around the lake. Cyclists can take in the breathtaking scenery while having a great workout as the pathways offer demanding hill training. You will face some grueling and challenging climbs while riding through the route. Therefore you must be an enthusiastic and hardcore cyclist to fit with the terrain.

This route is on Kyushu, which is the most southerly of the four largest islands in Japan. It stretches between the cities of Usa and Beppu in Oita Prefecture. The route is often considered as one of the best cycling routes for keen cyclists. Usa has Japan’s most prestigious and important shrine dedicated to Hachiman who is called the God of War and Archery. Beppu is a relatively small city known as the “Home of the Hot Springs”.

Distance between the two cities is approximately 40 kilometers (25 miles), and the scenery is breathtaking. With a destination like Beppu on the horizon, you’ll be raring to go for the edges to soak in a lovely hot spring later.


In Tokyo, finding traffic-free lanes where you don’t have to suffer from cars or busy crossings can be tough. If you are a tourist, it might be lot harder. Cycling along with one of the city’s waterfront promenades and taking the river to your destination is an excellent way to avoid congested highways.

This route follows the Sumida River to Asakusa’s historical district, which includes the Sensoji Temple and Kitchen Street. The lesser-known Imado Shrine, which is abound with lucky cat figurines, is less than a 10-minute trip from Sensoji Temple. Visitors to the shrine are said to be assured to find love, making it a must-see for desperate romantics.

To sum up, cycling is one of the best and most exciting ways to explore a country. For adventurous honeymoon couples, cycling could be the best way to enjoy amazing moments and create memories. Japan is the best location to take your ride through the mountainous areas, river zones, seascapes, and magnificent islands. Therefore, for cyclist couples, Japan might be the perfect honeymoon destination.

In this article we shared the best cycling routes in Japan. But if you would like to read more information about the best honeymoon destinations in Japan or things to do in Japan, click here to read our main article.

If you have any questions or suggestions for us, please send an e-mail to the e-mail address below:

Back to Top
Close